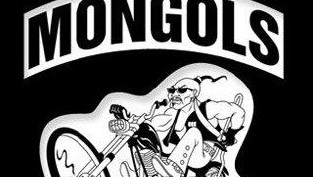 A FAKE online site is being blamed for the latest outbreak of bikie violence as police probe shootings, arson attacks and incendiary online trolling of a Mongols gang member.
Police this week revealed they were investigating whether renewed conflict between the Hells Angels and Mongols gangs had prompted a number of incidents in the past month, including the shooting of a Gilles Plains man early Thursday.

The Advertiser has viewed copies of a fake Facebook page set up last week — and deleted soon after — in the name of the senior Mongols member.

The page contained numerous pictures of Mongols members with sexually derogatory comments as well as a club logo with “weak dogs” written over the word Mongols.
Among the comments directed at the Mongols senior member were gay jibes and calls for him to come “out of hiding”.

In another post, the author derides another Mongols member as a “plastic gangster and keyboard warrior”.

“Your (sic) a nobody you where (sic) a reject who couldn’t make it as an angel the big red machine mow (sic) you kiss Mongol ass crack,” the post said.

A senior Adelaide legal figure said the fake profile was clearly designed to further stir tensions between the Mongols and Hells Angels.

“This sort of stuff is just pure antagonism, they would not like that at all,” they said. The legal figure said while the fake page appeared to be created by a Hells Angels supporter, it was possible a third party had done so to increase hostilities between the clubs.

“We are certainly aware of that, and the Crime Gangs Task Force’s role is to be aware of any emerging issues that may be out there between the groups,” Supt Patterson said.

The page also claimed the Mongols’ Adelaide chapter — which formed in 2011 when the former Finks “patched over” — was falling in membership, which Supt Patterson said was being investigated as a potential factor in the dispute.

Members or associates of the gangs are believed to have been involved in an arson attack on a southern suburbs tattoo parlour and a Seaford home, followed by a drive-by shooting at a Moana house the next morning.

The shooting of a man in the leg at St Clair last month and Thursday’s incident in which a 30-year old man was shot four times as he answered the door of his Gilles Plains home are also being linked to the feud, police said.
http://www.adelaidenow.com.au/news/south-australia/keyboard-warriors-troll-senior-mongols-member
Upplagd av MC Razzia kl. måndag, mars 13, 2017