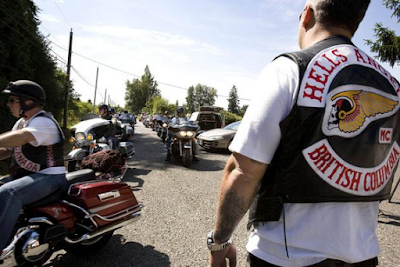 A former member of the Hells Angels who became a police informant and is now in witness protection provided a window into the way the motorcycle group operates as he testified Tuesday in a case that’s testing the constitutionality of B.C.’s civil forfeiture law.

B.C.’s Civil Forfeiture Office has argued three Hells Angels clubhouses – in Vancouver, Kelowna and Nanaimo – should be forfeited because they are likely to be used to plan crimes. Lawyers for the Hells Angels have not yet opened their case but are expected to argue that a section of the province’s civil forfeiture legislation is unconstitutional. The trial in the case opened last week in B.C. Supreme Court in Vancouver.

On Tuesday, lawyers for the Civil Forfeiture Office called David Atwell as their witness. Mr. Atwell was previously a member of the Hells Angels in Toronto. The court did not disclose his location and the video screen through which he was testifying was shielded from public view.

Mr. Atwell, who has co-authored a book on his experiences and now lives under a different name, said he is being paid $75,000 for his testimony. A B.C. government spokesperson confirmed the payment. Mr. Atwell told the court his life is at risk and the compensation was for opening himself up to the court process.

Mr. Atwell told the court he started working when he was 18 and had two jobs, one in security and one at a Toronto bar. He said he met members of a motorcycle club known as the Para-Dice Riders at the bar and in 1999 became a prospective member. He said he was a striker, which essentially meant he was at the beck and call of the group’s members, doing tasks such as cleaning the clubhouse and driving members around.

He said the Hells Angels, like the Para-Dice Riders, held weekly meetings that were referred to as “church.” The Hells Angels Toronto clubhouse had members or associates on hand 24 hours a day, he said, to deter police from installing listening devices.

He said he became a police agent in 2005 – though it was unclear from his testimony exactly why – and was instructed by police to purchase drugs from Hells Angels members. Mr. Atwell is expected to continue his testimony Wednesday.

The Civil Forfeiture Office has argued one of the main purposes of the Hells Angels is the facilitation or commission of serious offences that are likely to benefit the group. The office has said the Hells Angels pursue those benefits through a brand that is in part associated with violence and intimidation.

Lawyers representing the Hells Angels are expected to argue the B.C. government has created a new criminal process that lacks the presumption of innocence and protections against self-incrimination.
The Globe and Mail has reported extensively on the B.C. Civil Forfeiture Office, which does not need a criminal conviction or charges to pursue a file. The office was originally billed as a way to fight organized crime, but has come to have a far broader reach.

The Globe has interviewed those who have had to fight to keep their homes, vehicles and cash. Others have been unable to afford a defence. Cases led by the office face a lower standard of proof than criminal cases – on a balance of probabilities rather than beyond a reasonable doubt.
https://www.theglobeandmail.com/canada/british-columbia/article-former-hells-angel-testifies-at-bc-civil-forfeiture-trial/ 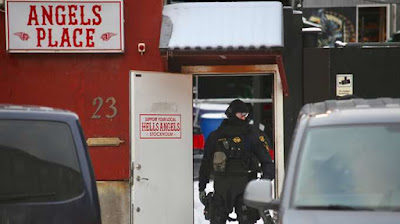 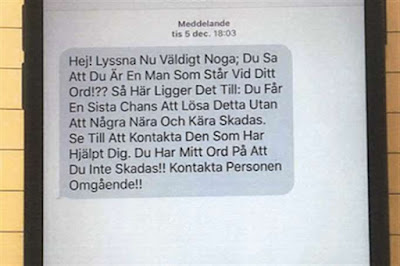