Finks set to patch over to Mongols 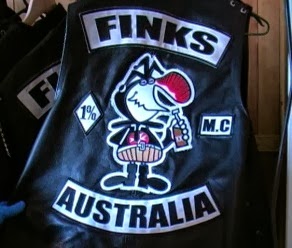 A violent international bikie gang has secured a foothold in WA, brokering a deal to take over the Finks club which took in Troy Mercanti after his bloody split from the rival Coffin Cheaters.

The Australian arm of the Mongols MC, a US gang notorious for its deadly war with the Hells Angels, has hammered out a deal with the Finks that is expected to result in the Perth chapter's members "patch over" to unite under the US club's banner within weeks.

The WA police gang squad is investigating details of the alleged deal - understood to have been thrashed out last weekend - that will result in the Mongols taking in up to 90 per cent of Finks members across the nation.

The Mongols have been eyeing Australia for a couple of years and moved first into the Gold Coast and NSW's Central Coast, establishing chapters with about 70 patched members before pursuing the Finks deal.
http://au.news.yahoo.com/thewest/a/-/wa/19255590/finks-join-violent-us-bikie-gang/ 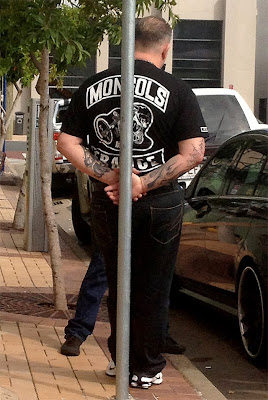 At least 90 per cent of Finks nationwide will patch across and join with the Mongols, to become arguably the most powerful outlaw gang in the country.

Brokered in the past week, the deal includes the Finks handing in their club support gear and erasing or disguising club tattoos as they wait for official Mongol colours to arrive.
http://www.goldcoast.com.au/article/2013/10/02/459185_crime-and-court-news.html 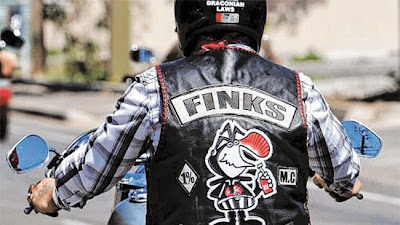 THE takeover of the Finks bikie gang by the US-based Mongols is being scrutinised by a major new Australian Crime Commission special operation.
http://www.news.com.au/national-news/south-australia/fink-takeover-by-mongols-targeted-in-new-australian-crime-commission-bikie-operation/story-fnii5yv4-1226733249933

The Finks was formed in Adelaide in 1969. The name derives from The Wizard of Id comic strip. A running gag in the 50-year-old strip is to have peasants proclaim “The King is a fink!” The Finks MC has been officially banned in Australia since March.

Queensland Attorney-General Jarrod Bleijie told The Australian, “It’s concerning and disappointing they (the Finks) think they could get around these new laws we’re introducing by showing strength in numbers.” Among the laws proposed by Bleijie is one that would allow club members to “be hauled before secret hearings and stripped of their assets in a bid to gut their business model.”
Bleijie described the patchover as “just a fear and intimidation tactic by the Finks.”

The Australian also reported “Authorities have ‘no idea’ what the patch over will do to moves to have the Finks declared a criminal organization or if the legal action will proceed if the Finks walk away from the club.” An unnamed police spokesman told the paper “This is massive…. This will elevate the Finks to the international stage and make them the most powerful gang in Australia…. It will also give them international links equal to the Hells Angels.”
http://www.agingrebel.com/9399