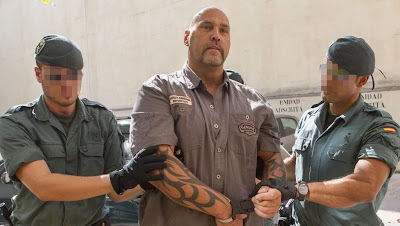 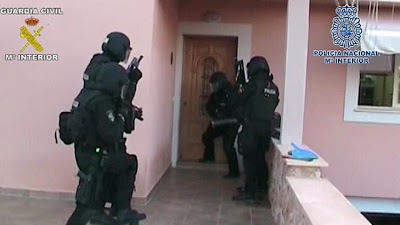 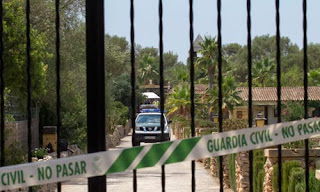 Police in Mallorca have arrested 25 members of the Hells Angels motorcycle gang on suspicion of drug trafficking, trafficking in humans, extortion and running prostitution rings. It is alleged the gang planned to launder money from its criminal activities in Germany and Turkey by building a Formula One circuit on the Spanish island.

The dawn raids are the culmination of a two-year investigation, codenamed Operation Casablanca, involving Interpol, Europol and German, Austrian and Dutch authorities.

Some 200 officers took part in the raids on more than 30 properties. The majority of those arrested are German and include leading members of the German and Spanish chapters. As well as luxury cars and motorcycles, the raids netted pistols, a sawn-off shotgun, cash and jewellery as well as drugs, including cocaine and anabolic steroids.

Frank Hanebuth, the 49-year-old former boxer and head of the Hanover chapter, is reportedly among those arrested. A local police officer was also arrested, according to press on the island. The ministry of the interior said the gang's crimes ranged from threats and robbery with violence to homicide.
http://www.guardian.co.uk/world/2013/jul/24/hells-angels-members-arrested-mallorca