Outlaw Country A daughter exhumes her father's photos of his '60s biker brethren. And you've not seen anything like it 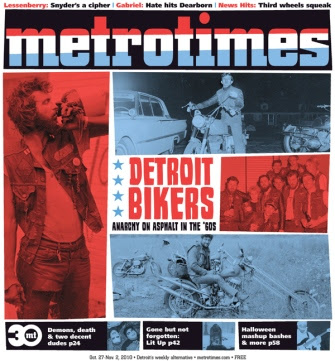 Grown men in leather, dirty beards and fingerless gloves riding Harleys aren't always as grizzly or as grimy as they appear.

Some could be criminal lawyers, anesthesiologists or marketing gurus in boots flaunting vicarious thrills on drop-dead expensive bikes, with their trophy blondes and Bloomfield Hills houses in the rearview.

But this writer grew up around true-grit bikers, guys who wore rockers and rolled patches; guys who belonged to 1-percenter motorcycle clubs. Guys with "M/C" patches on their backs so you knew exactly who you were dealing with. These guys weren't the casual cruisers, they are, often, truck-stop bruisers.