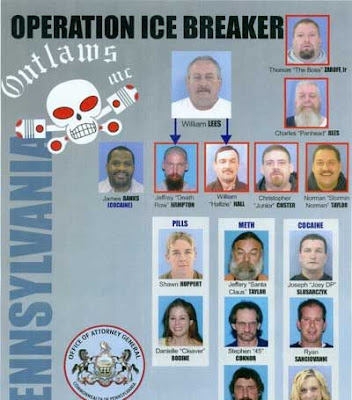 Millions of dollars worth of drugs have been seized and dozens of people are facing charges in a sweeping drug bust that includes the president of the local chapter of a major motorcycle club.

The crystal meth ring allegedly moved 28 pounds of methamphetamine in just a seven-month period, from the end of last year into early this year.

In all, authorities say, the drugs distributed by the ring were worth $5 million.
http://www.kyw1060.com/Dozens-Charged-as-Massive-Area-Drug-Ring-is-Broken/5068287