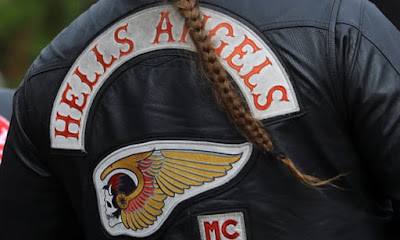 Dutch judges have banned the biker club Hells Angels and ordered all its chapters to close in the Netherlands as authorities pursue a clampdown on outlaw motorcycle gangs.
The country-wide ban is a first for the club, which operates 470 chapters in 56 countries.
“The Hells Angels is a danger to the public order,” a court in Utrecht ruled. The court said one of the reasons it was banning the Hells Angels was because it was “a one-percenter club, a club of outlaws”, citing a slogan used by biker gangs rejecting the authority of national laws.

Read more
The ban on the Hells Angels, founded in the 1940s in California, is the latest attempt by Dutch authorities to shut down motorcycle gangs. The same court in 2017 banned the Hells Angels’ arch-rivals, the Bandidos.
Last year, Dutch judges also banned the homegrown club Satudarah, saying it had been involved for years in criminal activities, “including violence against other motorcycle clubs, manufacturing and trafficking of narcotics, illegal possession of weapons, and extortion”.

It added: “The Hells Angels’ profile is that of the largest and most powerful motorbike club. They believe other clubs should listen to them and that leads to long-running conflicts.”
Dutch prosecutors, who had been trying for more than a decade to have the club banned, referred to an incident in the southern town of Kerkrade, where a cafe frequented by the Bandidos was set on fire in 2015.
In another incident the following year, Hells Angels members were involved in a mass brawl in the restaurant of a Rotterdam hotel – allegedly with members of another rival club – where shots were fired.
The ban comes after 17 club members were arrested in Portugal last week for “threatening national security”.
The bikers join 41 others who were being held since July 2018 after a group attacked a rival club in a Lisbon suburb last year.

… we have a small favour to ask. More people are reading and supporting our independent, investigative reporting than ever before. And unlike many news organisations, we have chosen an approach that allows us to keep our journalism accessible to all, regardless of where they live or what they can afford. But we need your ongoing support to keep working as we do.
The Guardian will engage with the most critical issues of our time – from the escalating climate catastrophe to widespread inequality to the influence of big tech on our lives. At a time when factual information is a necessity, we believe that each of us, around the world, deserves access to accurate reporting with integrity at its heart.
Our editorial independence means we set our own agenda and voice our own opinions. Guardian journalism is free from commercial and political bias and not influenced by billionaire owners or shareholders. This means we can give a voice to those less heard, explore where others turn away, and rigorously challenge those in power.
https://www.theguardian.com/world/2019/may/29/hells-angels-banned-by-dutch-court-in-strike-against-biker-gangs
Upplagd av MC Razzia kl. måndag, juni 10, 2019